A live broadcast from a different perspective

In the early stages of our broadcast system design for WGBH, we wanted to test a proof-of-concept that we had put together. We set out to run broadcast content from an unconventional input: a live, bird’s-eye view of the “O” (the center of Olin’s campus).

The inspiration for the project was the balloon. We started with Public Lab’s balloon mapping kit, with the idea of using it to livestream video of the the O from above. Once we’d developed a proof-of-concept for our analog broadcast system, we decided to combine them in a live demo that tested both our broadcasting chops and our ability to create a compelling exhibit. 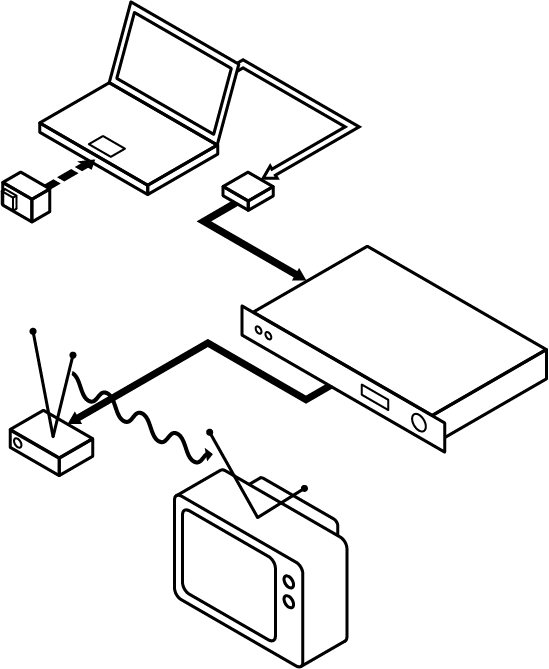 For broadcasting, we used a simple version of our broadcast setup (documented here), with just a single modulator, antenna, and TV. As the input to the modulator, we used our own custom livestreaming setup:

We used a GoPro Hero 5, with a clip mount attached to a string that was tied around the balloon’s loop. A mini battery pack, zip-tied to the camera, provided enough charge to broadcast for the time period that we needed. With a laptop connected to the GoPro’s built-in wifi, a fork of this livestreaming script provided an easy way to start/stop streaming and recording. 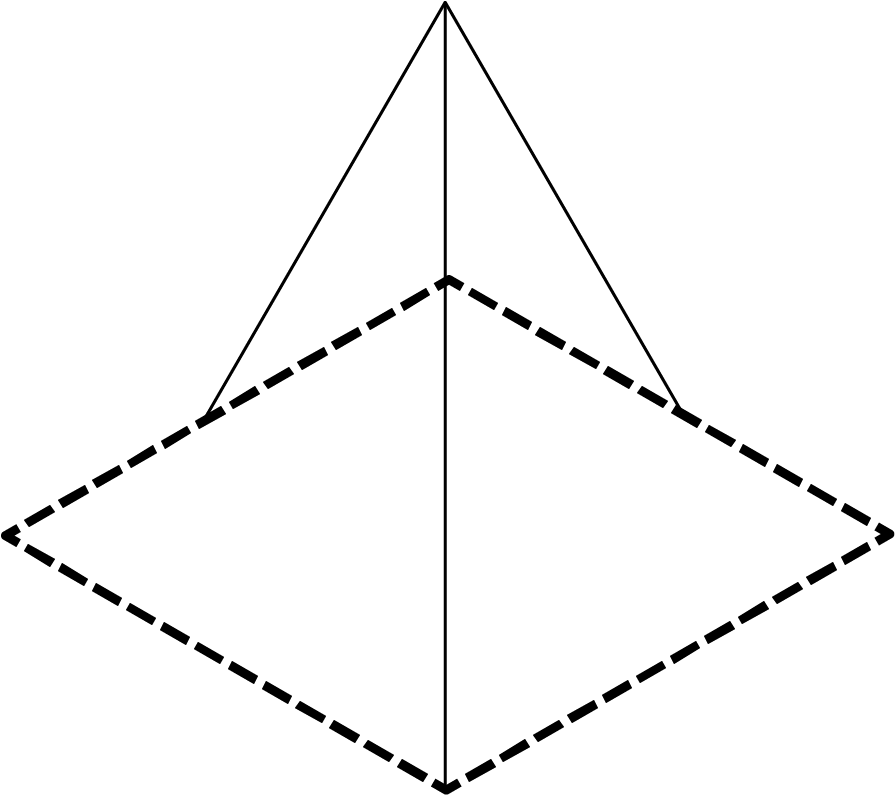 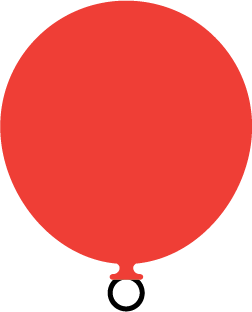 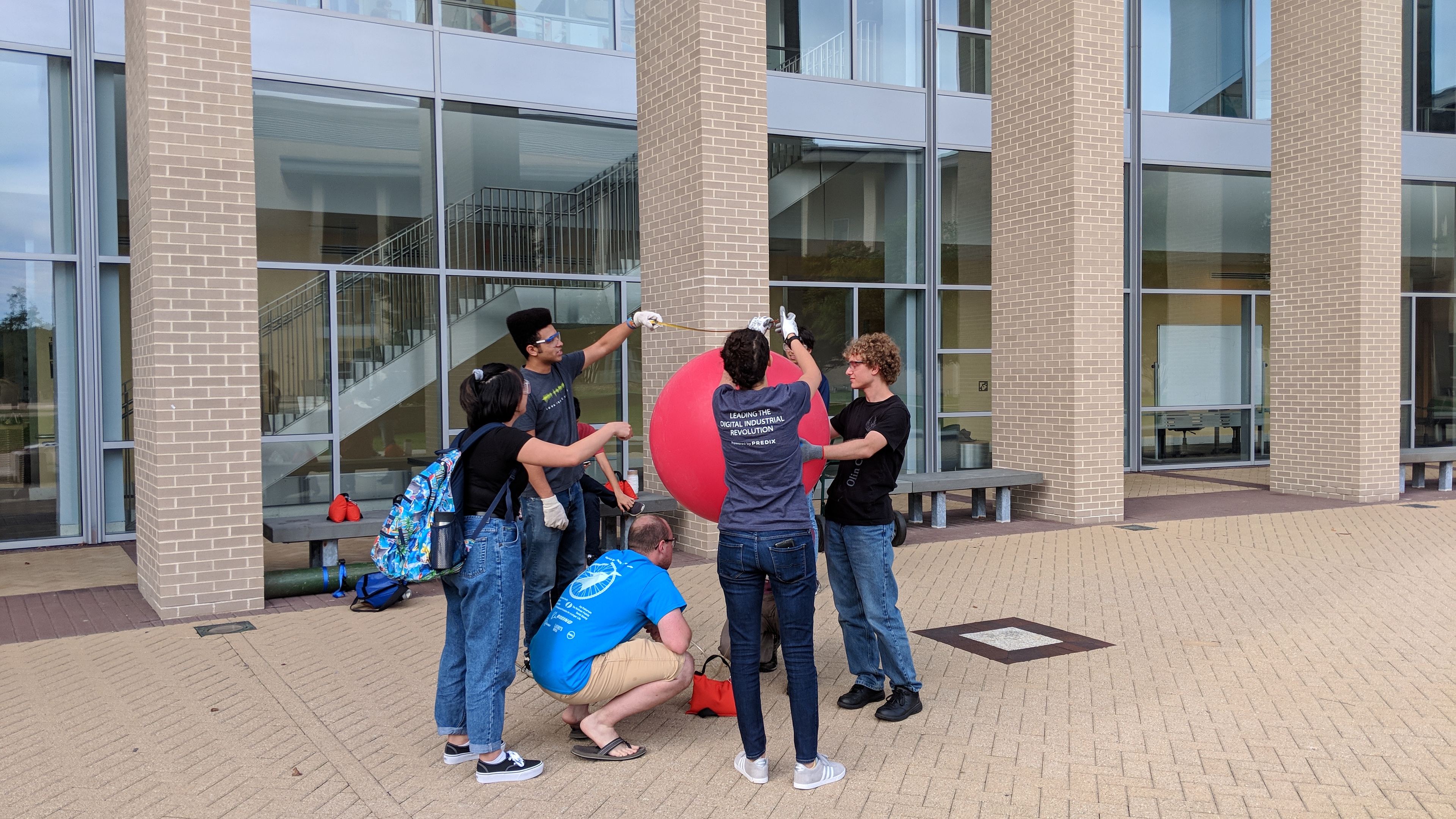